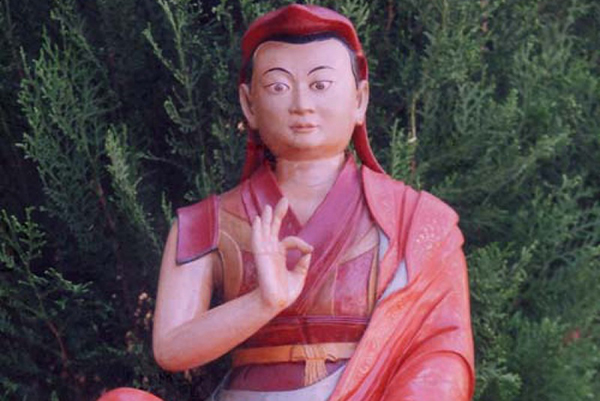 Kunga Tenzin, the third Gyalwa Dokhampa was born in 1680 and was recognized as such at the age of one month old by Choegon Rinpoche Choekyi Wangchuk. When Kunga Tenzin was four years old he realized the nature of the mind thereby showing what a highly realized being he was. He received teachings from over one hundred great lamas of the four schools of Tibetan Buddhism. His most important teachers were Choegon Chokyi Wangchuk, Yongzin Choegyal Palzang, Gyalwang Drukpa, Mindroling Terchen.

Kunga Tenzin became a great teacher in the Drukpa Lineage. He had thousands of disciples. Among his devotees was the Mongolian King, Gursi Khan of Jungar. Kunga Tenzin was also a great master of painting, sculpture, astrology and medicine. He wrote extensively and his works fill seventeen volumes. At the age of forty-nine he passed away and his remains are preserved still in Khampagar Monastery in Tibet.