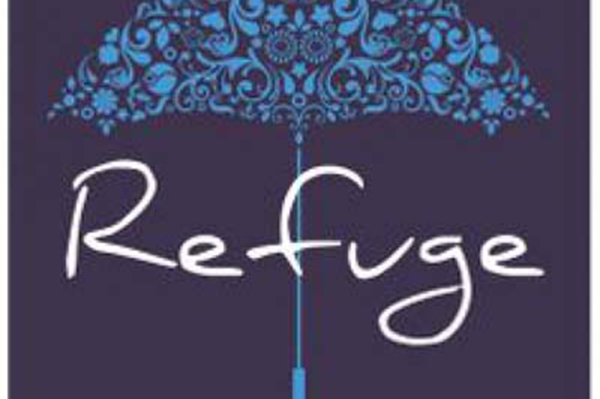 ‘Refuge’ and ‘Bodhicitta’ are terms special to Buddhism. The special Buddhist practices of refuge and Bodhicitta are a kind of starting point of the spiritual path. Bodhicitta is like a stimulant for your path.

To start with we should have the attitude of refuge. In order to have refuge one has to have some kind of renunciation or sense of understanding. The understanding of samsara, of suffering, of happiness and of day-to-day life is very important. If you do not know anything about these things, then even if you take refuge vows or call yourself a spiritual practitioner, mediator or Buddhist, it will not make any sense because you do not anything, understanding is very important for everything, but it is especially important if you want to adopt the spiritual path, as one has to thoroughly understand what is happening in one’s life. If you understand you life, then you will automatically have some leaning towards the spiritual path. No matter whether or not you know anything about different religions such as Buddhism, Christianity, etc. you will sense some inner feeling or inner change in your mind. If you already know something about a certain spiritual path, then of course you will feel a special kind of attraction towards that particular path. Even if you do not have any idea of the spiritual path, you will have special feeling inside. We can call this feeling ‘renunciation’. This is the inner renunciation. You are starting to renounce and that is what is needed to being with. It is this feeling that we are missing right now.

THE FEELING OF RENUNCIATION WILL FORCE YOU TAKE REFUGE

In short, understanding the entire situation of life will germinate some special feeling within you. This is renunciation. The next step is taking refuge. The certain feeling of renunciation will force you take refuge under a divine or enlightened being. This will happen naturally because you will sense that your life and the world have no reliability. Therefore, you will feel that you need a refuge, something to hold on to, something that you can rely on. This is the next step or drive or feeling that comes in your mind.

If you do not know what is happening in your life, then the whole atmosphere or day-to-day existence will keep fooling you and you will be kept entertained by this. Then you will drown in that samsaric ocean, going deeper and deeper, day-by-day, without knowing it. This is the characteristic of suffering. So when you know this, it is the moment that will propel you to get out of the samsaric ocean of suffering. You will search for refuge under something that you can rely on. You may not know anything about different kinds of spiritual paths or different schools of religion, but you will definitely know that you have to search for something reliable. That is the genuine feeling of renunciation.

RENUNCIATION DOESN’T MEAN RUNNING AWAY FROM FAMILY OR SOCIETY

Renunciation is a very popular term used in all religions. All the saints went through renunciation and that is why they achieved enlightenment. They realized their life thoroughly and felt that there was no reliability in their samsaric life. So then they searched for a spiritual path, that ‘something’ that they could rely on. This is the process that we call renunciation. Holy yogis, masters, saints and priests became enlightened after renunciation. However, renunciation doesn’t mean running away from family or society, for if that were renunciation then all of us could do it; all of us would be enlightened and nobody would be left in samsara.

Enlightenment is the only thing that we can rely on. You can always further investigate whether this is true or not, whether there is anything more reliable than enlightenment. We have the freedom to investigate what we hear further. Right now, we think that friends are reliable or that parents are reliable. Parents may think that their children are reliable or one may think that, “At least I my self am reliable.”  But, when we think deeper and investigate, in my experience, we can’t find anything or anybody fully reliable in this world. You can’t even rely on yourself these days. For example, this morning I said that I would leave for Zurich by eight o’clock tomorrow morning, but now I’m thinking that may be I should leave at about ten o’clock. So, now I can’t rely on my own decision. This decision is supposed to be something that I could rely on, but I can’t do this any more.

Whatever you have in your mind, such as affection, love, devotion, determination, etc., is very unreliable. These are the characteristics of our lives. For instance, this morning I may have been very happy, but right now I may not be happy. What does this mean? It means that the happiness of this morning is totally unreliable. I may think that I am happy, but this feeling of happiness will not remain forever; I may be in a miserable condition a few hours later. Therefore, nothing is reliable in this world. This is the true nature or characteristic of suffering. However, this is nothing to be worried about. If you start to worry about this, it will then add further suffering. Instead of worrying you have to find a solution to get rid of it. That solution, to my feeling and also according to the texts and doctrines of holy beings, lies in enlightenment.

Enlightenment is something that you can attain because it is your nature. Enlightenment is your own supreme natural beauty and it is reliable. But right now, we are fabricating a lot. Because of too much fabrication, our nature no longer emerges naturally. Therefore, we are not calm and peaceful. The beauty of your own nature is not there; it is buried under layer and layers of fabrication. However, fabrication should not be there. After demolishing or purging your fabrication you will find enlightenment within your mind. Enlightenment is in your mind and this process is the so-called refuge. We Buddhists call this ‘refuge’: refuge in the Buddha, Dharma and Sangha (the Three Jewels). But actually it means seeking refuge in enlightenment because you are looking for something reliable….and that is enlightenment.

WHEN YOU TAKE REFUGE IN THE BUDDHA, YOU SHOULD UNDERSTAND THE BUDDHA AS ENLIGHTENMENT

THE ACTUAL DHARMA IS THE PROCESS OF UNDERSTANDING ENLIGHTENMENT.

When we talk about taking refuge in the Dharma, you should not think about doctrines or books or articles. When people heart the term ‘Dharma’, they always have a picture of chanting or some form of sitting in front of a shrine with closed eyes. This is the only picture that they have so for them this is Dharma. But this is not the only thing, although maybe it can be a part of the Dharma. When I was small, whenever I said the word, “Dharma”, I always had the picture of a book in my mind. But later, when I realized the true meaning, I laughed at my self. Picturing the Dharma as a book does not make any sense. Of course, reading scriptures can give you some kind of understanding, so in this respect we have to appreciate the scriptures and books. But then, every book is made up of paper and ink, so it can’t help or protect you. This is not the object in which we are taking refuge. The actual Dharma is the process of understanding enlightenment. We are taking refuge in that process or path.

Then, the last object of refuge is Sangha. When our mind is filled with a fervent wish to practice the spiritual path and to realize our own nature    (which is enlightenment), that wish is the Sangha. So, in other words, at that moment you can say that you yourself are the Sangha. You being Sangha means that your mind is concentrating fully on the spiritual path. Then, you are the Sangha no matter that form of practice you are following.

So, to start with it is very important to understand these three objects of refuge in Buddhist teaching. I always say that these three forms and names are very Buddhist, but their message can also be practiced and understood by those people who are not Buddhists. This is because the basic message is that of enlightenment: the inner light which has to be found within yourself. This is the thing that everybody should appreciate because it is the universal nature. It is something that everybody has. Everybody, even a mosquito, has it. This is the reason why I am saying that it is a universal truth, no matter if you are a believer or not. Most of us are missing enlightenment because due to our ignorance we do not feel or understand it. Of course, the mosquitoes are totally ignorant, but we (as very clever and smart human beings) are also very ignorant in this regard. Even if you do not believe in anything, it is a law of nature that is has to be this way. There is no other way to evade it. It does not mean that we have to force those who do not believe in this to do so. No, I am not saying that. We can’t force anyone.

TAKING REFUGE IS THE FIRST STEP TOWARDS ENLIGHTENMENT

The above is an extract from a public teaching given by His Holiness in August 1994 in Karlsruhe, Germany.